I moved to Texas from Europe in the late eighties.  I didn’t take it well.  I thought for sure I was being punished for some unspoken transgression.

Then the bluebonnets bloomed and I knew I had come home. 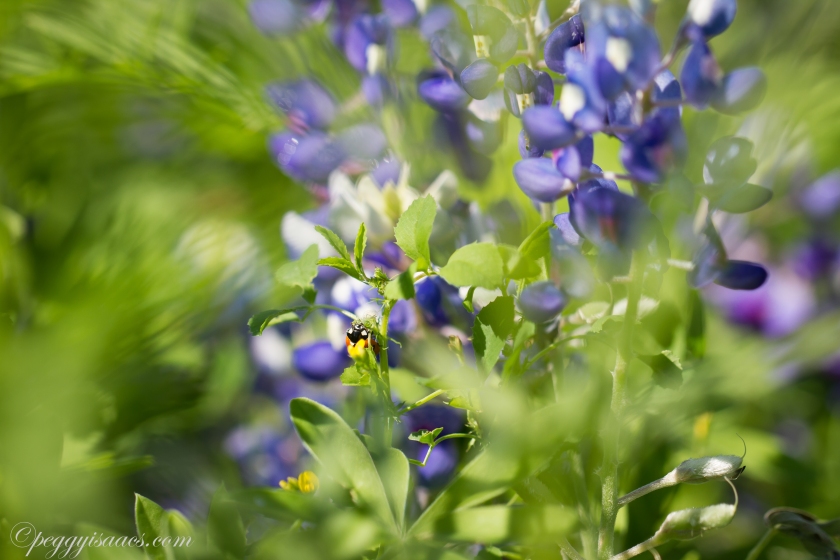 But only for a nanosecond.

Let’s get to it.  What have I learned?

1.  I’ve missed yoga.  Three years ago I took a yoga class to fulfill a college credit requirement.  I registered for the beginning class even though I had previous experience and was probably more transitional intermediate than beginner. I did so out of fear.

A costly miscalculation on my part.  As it happened, the instructor was the Antichrist and seemed woefully unaware the course was entitled “Yoga for Beginners.”   Think wine-soaked ballerina with severe Adult Attention Deficient Disorder.  Who teaches a yoga class set to swinging show tunes?…and sings along…and twirls…oh, so much twirling…She taught the class from her own private padded bubble, offered no modifications, and failed to understand the core principles of yoga.

I have many personality flaws.  Chief on the list:  Type A.   I’m an overachiever. That is especially true if there is something I value at stake.  At the time, it was my GPA.  I wanted an A and it is not in my nature to quit once I’ve committed.

Oh, the clarity of hindsight.

Three years later, I am still suffering the repercussions of that earned A.  My diagnosis: persistent grade 2 hip flexor strain with severe pain and limited ROM. Could be worse. Could be better.  But I’m making progress with the help of some wonderful physical therapists.  Last week, at their urging, I started to practice yoga again.

I’m not going to lie.  The first few dozen sun salutations were rough.  But, at the same time, it was an incredible feeling.  Of course, I needed an extra day of physical therapy to recover, but they assure me it will get easier.  I’m going to choose to believe they are right.

2.  The X-Files is returning to television.  I’m conflicted.  I always loved the X-Files.  It was great television.  But reboots, remakes, and sequels annoy me.  A few years ago, I wrote about it. On the one hand, I am curious to see Mulder, Scully, Skinner, and Cancer Man reunited.  They were fascinating characters.  On the other hand, I think it is often better to remember something beloved in its original, unblemished state.  I probably won’t watch.

Of course, for all of my righteous indignation, I am a total hypocrite.  There are two films looming on the horizon – one slated for release later this year, the other next year. Jason Bourne and James Bond.  Both are sequels/remakes/reboots.  Both make me giddy with excitement.

I thought about arguing the merits of these franchises and how they differ from all the unoriginal rubbish out there.  But I don’t need to explain myself to you. Instead, I offer you a peek at the new Bond.

3.  I don’t like cherries.  I’m forty-two.  I’ve spent most of my life believing that I don’t eat cherries because I am allergic to them. Turns out – not true.  I just don’t like them.

4.  Spring in Texas:  Bluebonnets and bees.  What else is there to say?

5.  Miles Davis makes the perfect background for writing.  As a general rule, I don’t listen to music when I write.  It’s distracting.  I do much better with everyday white noise. Well…unless, it’s “screaming toddler Tuesday” or “”where’s the damn coffee in this place’ octogenarian Thursday” at my favorite coffee shop.  The latter is always a special treat.  There’s nothing quite so entertaining as a group of filter-free, half-deaf senior citizens out for their weekly breakfast social.

Last week, I discovered Miles Davis.  I’ve never been much of a jazz fan.  I much prefer old-school soul, sixties R&B, anything touched by the hands of the almighty Sting, and Florence and the Machine.  Jazz always seemed like too much work to fully appreciate. Does that make sense?   Probably not.  Sorry.

Anyway, I was researching Jazz artists/albums in reference to a character development I am doing for my current WIP and happened upon Sketches of Spain, a Miles Davis work conducted by Gil Evans (fun fact:  Gil Evans and Sting recorded a live album, Last Session, in 1987).  I liked the title; the cover art was warm and inviting.  I took a listen.

It was spellbinding; yet, subtle and unobtrusive.

This week on “screaming toddler Tuesday”, I plugged in my headphones, turned up Sketches of Spain, set it to repeat, and just wrote.

Here.  Have a listen for yourself.

“…sweet spring is your
time is my time is our
time for springtime is lovetime
and viva sweet love.” – E. E. Cummings

“One lives in the hope of becoming a memory.” ― Antonio Porchia 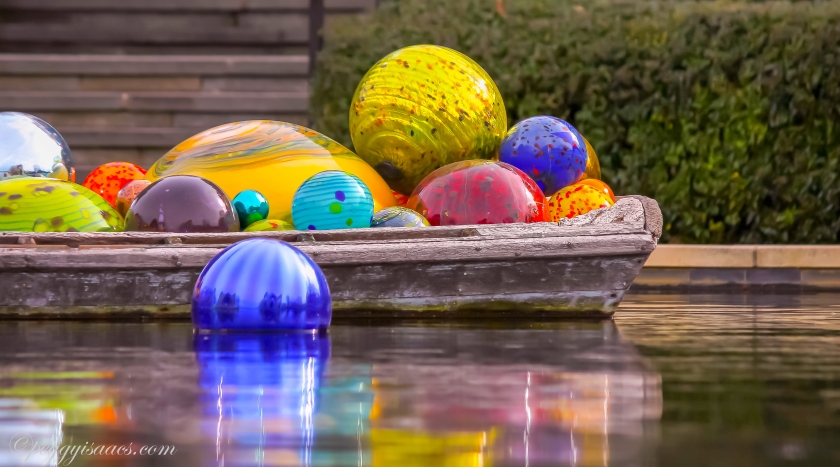 “In order to see birds it is necessary to become a part of the silence.” ― Robert Lynd

“What is now proved was once only imagined.” ― William Blake

“Adopt the pace of nature: her secret is patience.” ― Ralph Waldo Emerson 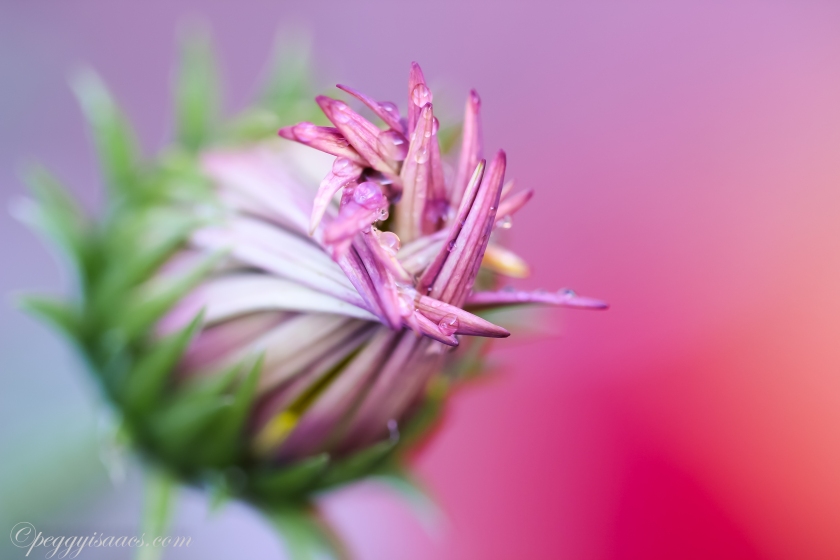 “I must have flowers, always, and always.” ― Claude Monet

“Silently, one by one, in the infinite meadows of heaven,
Blossomed the lovely stars, the forget-me-nots of the angels.” ― Henry Wadsworth Longfellow

“So rapid is the flight of dreams upon the wings of imagination.” ― Alexandre Dumas

“If you take a flower in your hand and really look at it, it’s your world for a moment.” ― Georgia O’Keeffe

“There is a pleasure in the pathless woods,
There is a rapture on the lonely shore,
There is society, where none intrudes,
By the deep sea, and music in its roar:
I love not man the less, but Nature more.” ― George Gordon Byron

“He viewed us, as we passed him by,
With calm and yet with questioning eye,
But moveless still, as though the stone
Were portion of his being’s own.” ― Edward Robeson Taylor

“Winter changes into stone the water of heaven and the heart of man.” ― Victor Hugo

“We two have paddled in the stream,
from morning sun till dine;
But seas between us broad have roared
since days of long ago.” ― Robert Burns

“Life is but a day:
A fragile dewdrop on its perilious way
From a tree’s summit” ― John Keats

“Nothing reminds us of an awakening more than rain.” ― Dejan Stojanovic

“Life is the flower for which love is the honey.” -Victor Hugo

“In the depth of winter, I finally learned that within me there lay an invincible summer.”  ― Albert Camus

A daily selection of the best content published on WordPress, collected for you by humans who love to read.

Murder Down To A Tea

City by the Lake

A collective of poems and photos. All photos taken by me unless stated otherwise.

Six writers who love words and who read, write and critique together.

My journey as a writer and my various hobby's .

The Insanity of Fantasy

and other tidbits of thought

The Official Website of Erin Long
Pride in Photos

the hour of soft light...

How do I know what I think until I see what I say? (E.M. Forster)

Top 10 of Anything and Everything

an adventure in reading, writing & publishing

It's all about disbelieving your thoughts

This is Not Going to Turn Out Well

An archaeologist finds herself writing fiction — what stories will she unearth?

This is the story of me writing my first novel...and how life keeps getting in the way.

Patrick Ross on Creativity, Writing, and an Art-Committed Life

Thoughts from a bookworm

A blog about Writing, Reading, and Reinventing your Life

Engrossed in books and study.

Ideas and encouragement for writers.

Irma Prattle, who has a high rise condo behind my ear, pokes me to write, and when I’m finished she says, “Now, doesn’t that feel better?” My answer: “Yes and no.” I think she wants to be me.

surfing the ocean of language

A collection of the sweet morsels in my life

One man and his camera

Experience with me the trials and accomplishments of publishing a novel